Afternoon light is fading.  Sky blue has already leached to cool white.  A rosy tinge will infuse itself into the atmosphere but not quite yet.  Lights pop on as restaurants and bars prepare themselves for another busy evening.  It is nearly dusk on rue Quincampoix.

The Gladness and Joy Department

Every Christmas day I like to look through my old pile of Giles Sunday Express and Daily Express Cartoons.  Today I have been looking at 1950/1951.  Post Brexit and U.S elections, Giles’ Christmas 1950 cartoons seem relevant to Christmas 2016. 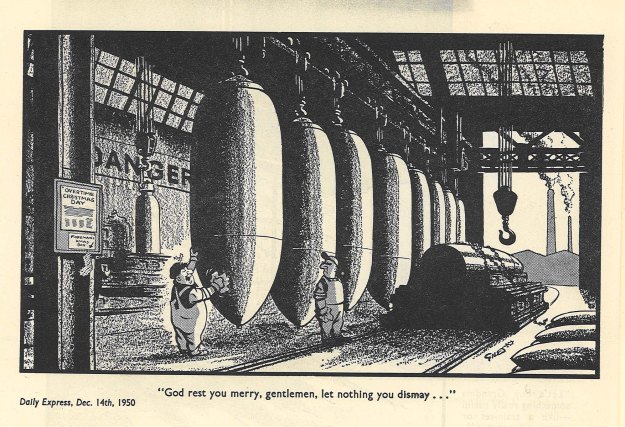 Thank you, Giles, for reminding us that the old days when we were ‘great’, were not necessarily so great.  And thanks, Trump and Putin, for wanting us to return to them.

Peace on Earth, Goodwill Toward Men.

Alone in the Upper Marais 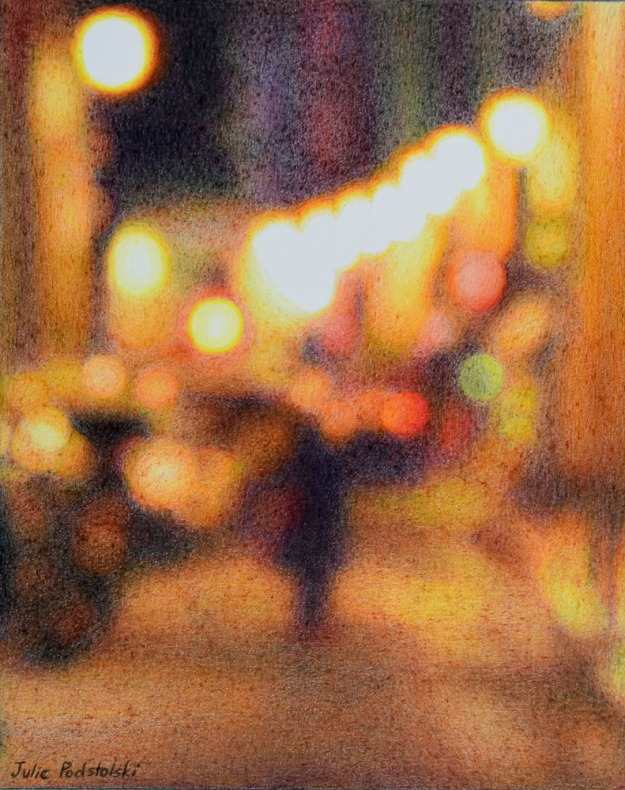 The best time to get up super-early in Paris is just after one has arrived from the other side of the world.  In those first 48 to 72 hours, time is upside-down.  One is wide awake at 5 a.m – so go for it – out into the pre-dawn streets.

“Alone in the Upper Marais” is a street-scape in the vicinity of our accommodation.  We were in rue de Poitou in the area known as Upper Marais or Temple.  I had stepped out and was quickly interested in a solitary figure in the distance.  Technically, neither she nor I were alone, as the other one was there.  But I’m sure we each felt alone.  Up ahead, she was unaware that I was observing her and she will never know that she is now a shadowy shape in a coloured pencil drawing.

This is the fourth drawing in my Paris Revisited series.

“Alone in the Upper Marais” is the first of the four drawings in which I didn’t struggle.  I enjoyed the drawing from start to finish so I must be submitting to the pencils-without-borders state of mind at last.  It is a zone with no cut-and-dry boundaries; colours merge, dance and dissolve into one another. 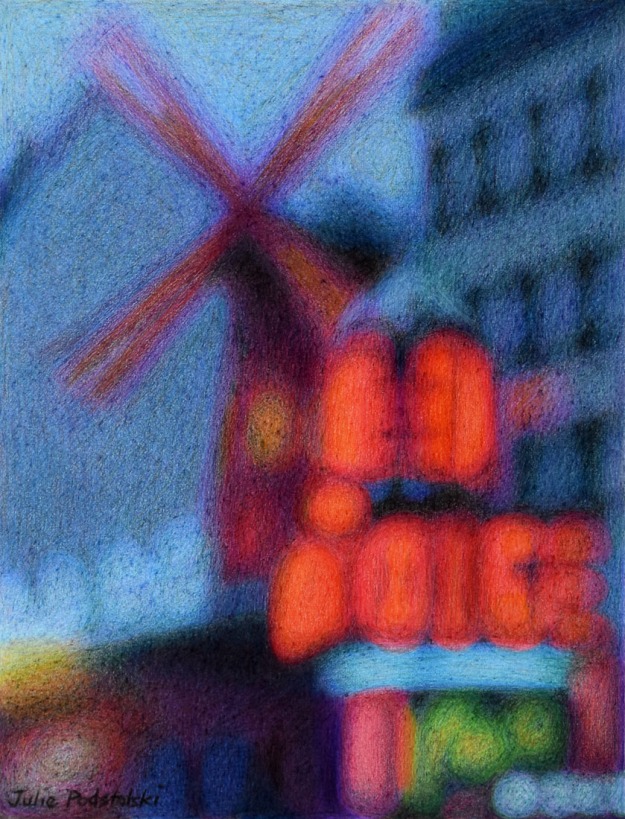 Moulin Rouge is ugly during the day; grim and seedy looking.  When dusk descends and the lights come on, an awkward seductiveness unfolds –  like that of a fairground or circus – repelling and attracting simultaneously.  “Show Time” is the third drawing in my “Paris Revisited” series.

Seeing the three drawings together may give an idea of what I’m trying to achieve – a new way of working with pencils; less exacting and more expressive: anti-perfectionism.